Fellows You Should Know: Voting + Elections

Here are 10 scholars and practitioners from the Citizens & Scholars network and beyond who are reforming, teaching, or examining the forces that motivate voters to participate in our democracy. 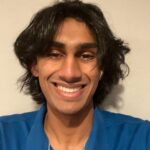 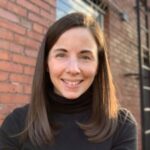 Kelly Dittmar’s research focuses on gender and American political institutions. At the Center for American Women and Politics (CAWP), she manages national research projects, helps to develop and implement CAWP’s research agenda, and contributes to CAWP reports, publications, and analyses. She also works with CAWP’s programs for women’s public leadership. She is the co-author of A Seat at the Table: Congresswomen’s Perspectives on Why Their Representation Matters (Oxford University Press, 2018) (with Kira Sanbonmatsu and Susan J. Carroll). 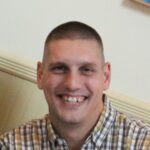 Scott Kallens is a high school history teacher in New Jersey. He looks for new and innovative ways to engage his students like creating game-based learning opportunities and hands-on, real-world projects. In 2018, Mr. Kallens replaced his U.S. History I Honors class’ final exam with a project in partnership with a local museum. Students worked in groups to create proposals and presentations for the Stoutsburg Sourland African American Museum and the Stoutsburg Cemetary Association.

“My goal is for [students] to be able to be active citizens and participatory members of society and to make thoughtful conscientious well-rounded decisions as citizens,” says Mr. Kallens 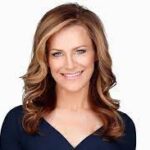 Amber McReynolds is a leading expert on election administration and policy. Her professional career has been focused on strengthening democratic institutions with a goal of improving the voting experience for all. She is the Founding CEO of the National Vote at Home Institute, a non-partisan non-profit dedicated to expanding and improving vote-by-mail systems in all fifty states. Jamila Michener studies American politics and policy, with a particular focus on the political causes and consequences of poverty and racial inequality. She examines the conditions under which economically and racially disadvantaged groups engage in the political process, the effects of that engagement, and the role of the state in shaping the political and economic trajectories of marginalized communities. 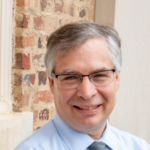 Andrew Perrin is a cultural and political sociologist who studies and teaches democratic citizenship in the United States. His research explores what people need to know, do, and be to be effective, creative, thoughtful democratic citizens. Dr. Perrin has written five books, including American Democracy: From Tocqueville to Town Halls to Twitter (Polity, 2014). 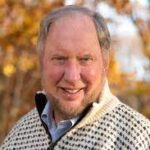 Robert D. Putnam is an American political scientist specializing in comparative politics. Dr. Putnam developed the influential two-level game theory that assumes international agreements will only be successfully brokered if they also result in domestic benefits. His book, Bowling Alone, argues that the United States has undergone an unprecedented collapse in civic, social, associational, and political life since the 1960s, with serious negative consequences. In 2006, Putnam received the Skytte Prize, the world’s highest accolade for a political scientist, and in 2012, he received the National Humanities Medal. 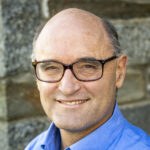 Rob Richie has been the leader of FairVote since co-founding the organization in 1992 and was named president and CEO in 2018. He has been involved in helping to develop, win, and implement: ranked choice voting in states and more than 20 cities, fair representation voting systems in numerous Voting Rights Act cases, the National Popular Vote plan in 16 states, and voter access proposals like voter preregistration and automatic voter registration. 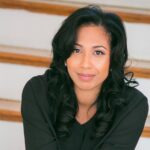 Leah Wright Rigueur is a political historian, whose research interests and expertise include 20th Century United States political and social history, Modern African American history with an emphasis on race and political ideology, the American Presidency and presidential elections, policies and civil rights movements, and protest and unrest in the United States. Dr. Rigueur is the author of the award-winning book, The Loneliness of the Black Republican: Pragmatic Politics and the Pursuit of Power. The book spans the political and social history from the New Deal to Ronald Reagan and examines the ideas and actions of black officials and politicians. 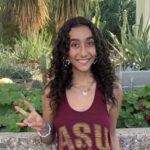 Sahara Sajjadiankhah is one of four young people working together to connect and support youth organizers across Arizona with the training, funding, and networking required to execute strategic voter engagement efforts.

“This grant is such an incredible opportunity for us to continue our work here in Arizona to both engage our members and benefit the community around us.” says Sahara. “It falls onto each of us to make our community a better place, and this grant gives us the opportunity to do just that.”

Beyond the C&S Fellow Network

Andrea Benjamin is an Associate Professor in the Clara Luper Department of African and African American Studies and the Director of the Oklahoma Scholar-Leadership Enrichment Program at the University of Oklahoma. Her research interests include race and politics, local elections and voting behavior, and public opinion.

Mindy Romero is the founder and director of the Center for Inclusive Democracy (CID), formerly known as the California Civic Engagement Project, which is part of the USC Sol Price School of Public Policy and is based in Sacramento, California. Romero is a political sociologist whose research focuses on political behavior and race/ethnicity, and seeks to explain patterns of voting and political underrepresentation, particularly among youth and communities of color in California and the U.S.