Educating for Democracy Since 1945

Since our founding 75 years ago as the Woodrow Wilson Foundation, the Institute for Citizens & Scholars has prepared new generations of citizens by opening doors to higher education, supporting visionary thinkers, scholars, and teachers, and creating thoughtful innovations in and beyond education. 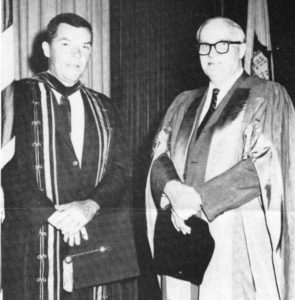 The Institute for Citizens & Scholars has its roots in the Woodrow Wilson Fellowships founded at Princeton University in 1945. The Fellowships, initially designed to recruit returning World War II veterans into college teaching, were named for Princeton’s best-known president, who had introduced college teaching reforms during his time at Princeton.

Spun off from the university in the early 1950s as the Woodrow Wilson National Fellowship Foundation, the organization initially provided support for doctoral study in the arts and sciences to more than 20,000 Fellows, cultivating new generations of college and university faculty through the early 1970s. 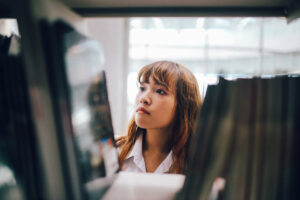 In the 1970s, 1980s, and 1990s, Woodrow Wilson National Fellowship Foundation programs sought to develop opportunities in higher education by supporting both new fields and new populations. The Foundation also began to build bridges between K–12 education and higher education, providing enrichment for thousands of middle and high school teachers in a range of fields. At the same time, it continued to support doctoral education through several high-profile Ph.D.-level fellowships and advocated for greater connection between the humanities and the public sphere. 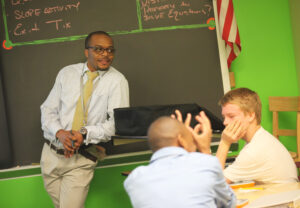 In the early 2000s, Woodrow Wilson National Fellowship Foundation intensified its commitment to the intersection of K–12 and higher education. It partnered with more than 30 institutions in eight states to prepare math and science teachers for high-need schools, as well as to change the way that teachers and school leaders were prepared. At the same time, the Foundation also developed a suite of programs designed to develop and support a more diverse pipeline of future college professors, as well as to help diversify the U.S. Foreign Service, and it continued several longtime programs focused on excellence in key fields of higher education. 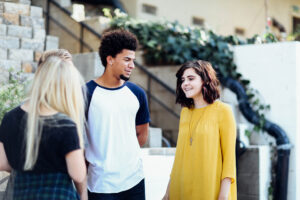 In 2020, the Foundation expanded its mission to include broadening civic learning for young people, supporting civic engagement within the public and private sectors, and reemphasizing excellence, opportunity, and diversity in higher education.

With this shift, and in light of the nation’s racial reckoning, it became clear that the organization must reconsider its name. While Woodrow Wilson’s accomplishments as a university leader and as President of the United States were historic, his racist policies and beliefs were fundamentally incompatible with the work of the fellowship organization named for him.

The Institute for Citizens & Scholars announced its new name in November 2020.

Fellows from the past 75 years of work at Citizens & Scholars have achieved extraordinary things in a multitude of fields as recipients of international prizes, leaders across sectors, and everyday heroes who continue to work with the next generation of citizens and scholars. We honor their capabilities and accomplishments, as well as the decades of excellence that their Fellowships represent. The names of these past fellowship programs have not been changed. 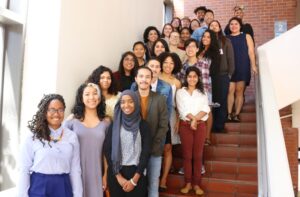 Today, The Institute for Citizens & Scholars focuses on a truly holistic approach to develop youth as effective, lifelong citizens. We’re building on our legacy of excellence in education to create a better educated, more thoughtful, and more inclusive America. By working with young people, with students and faculty in higher education, and with civic and business leaders, we aim to rebuild the way our country develops citizens.

We're on a mission to develop youth as effective life-long citizens.

Explore the past fellowship programs and special initiatives from our distinguished 75-year history.

Past Programs
Manage Cookie Consent
To provide the best experiences, we use technologies like cookies to store and/or access device information. Consenting to these technologies will allow us to process data such as browsing behavior or unique IDs on this site. Not consenting or withdrawing consent, may adversely affect certain features and functions.
Manage options Manage services Manage vendors Read more about these purposes
View preferences
{title} {title} {title}