Mission to Diversify the Teaching Population 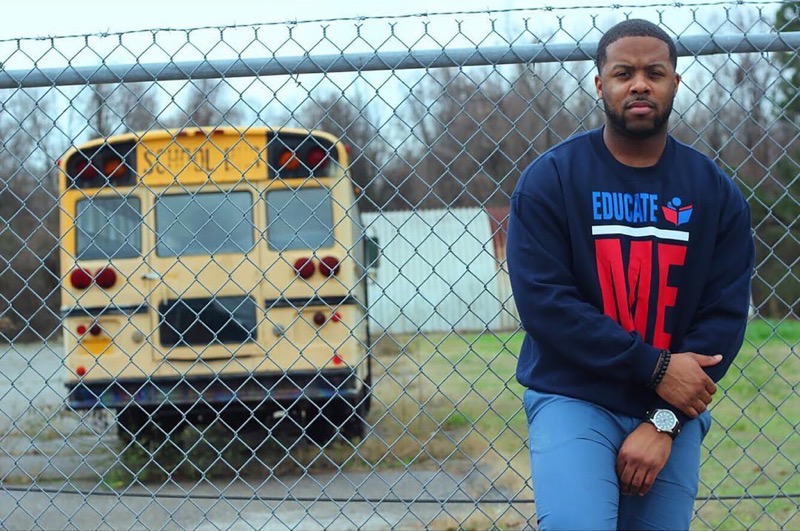 It was 2015. Blake Nathan TF ’12 was in just his second year of teaching at an Indianapolis middle school, fresh from Harvard’s Urban Principal National Leadership Institute, and working towards a second master’s degree in Education Leadership from Indiana University–Purdue University Indianapolis (IUPUI). As if that weren’t enough, he decided he would also launch a nonprofit, the Educate ME Foundation.

“I had a full plate,” admits Mr. Nathan. “But it was also a benefit for me. Going through grad school and being a classroom teacher, there was no better evidence that backs up and supports my stance for diversifying the teaching population in schools nationwide because I was living and breathing it.”

Educate ME’s mission is to increase the number of men and women of color in the field of education. Educate ME provides mentorship opportunities, introductions to the field of teaching, recruitment efforts, as well as support and resources for those pursuing and in the profession.

During his first two years teaching eighth grade, Mr. Nathan was the only male teacher of color in his building. Despite having grown up in a predominantly African-American community in East Atlanta and having attended Tennessee State University, an HBCU, as an undergraduate, he only encountered a handful of teachers or professors of color.

“I can’t allow the next wave of eighth graders coming through not to see either a positive male role model or some teacher that understands some of the things they’re going through,” says Mr. Nathan. “Not just someone who understands in an empathetic way, but someone who can truly feel it and know what it is like because they’ve probably had similar experiences.” 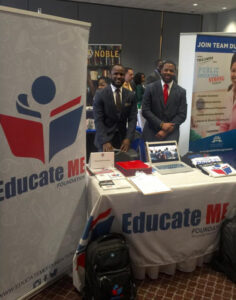 Educate ME’s work has expanded significantly over the past three years. At the outset Mr. Nathan focused on mentoring high school students interested in teaching, coaching them during their pursuit of a bachelor’s degree and licensure. Now the focus is on helping college-age students secure jobs after graduation. The organization has partner schools, hosts recruiting and job fairs, and facilitates conversations with current and prospective teachers.

Indeed, Educate ME is “constantly evolving,” says Mr. Nathan. “After going through two recruiting seasons of recruiting teachers for our partner schools, now we have to enhance our services by adding a technology tool to help us manage our onboarding and the hiring process for schools and teacher talent.”

The need for more teachers of color, especially in majority-minority communities, is an issue that has captured national attention. But, in a crowded field of educational and other causes that need funding, how does Mr. Nathan make Educate ME stand out? “As a young founder of a non-profit, one of my biggest challenges is showcasing this need to the market and getting potential funders to understand that there is a value or cost associated with it,” he says. “A lot of people understand, ‘Yes, we need more teachers of color in the classroom,’ but is that something I’m going to invest in? Is that something we’re going to put dollars behind?”

As Mr. Nathan looks to grow Educate ME, he also keeps a foot planted in teaching as a practitioner. At IUPUI he teaches a course on integrating technology in the classroom and this summer, through Educate ME, will host a STEM Academy for middle schoolers.

Across all this work, Mr. Nathan draws on his experience as a Woodrow Wilson Teaching Fellow. He called on other Fellows, his professors, and his clinical and mentor teachers for data and feedback while developing Educate ME. He still taps these contacts when coming up with new ideas and initiatives, and the Fellowship itself continues to inform his work. “The Woodrow Wilson program is a model program,” he says. “I think it should be the national trend for how teachers are prepared.”

High-quality teachers of color can change the lives of their students. In a letter on Educate ME’s website, Mr. Nathan writes: “I firmly believe in the importance [of] role models of color … in shaping the trajectory of a student’s educational achievement as well as overall success in life. I believe we have the power to uplift communities of color across the nation and change the scope of education.”