From NASA to Ninth Grade

A NEW KIND OF LAUNCH

After her master’s program in Electrical Engineering at the Georgia Institute of Technology, and a year as project manager for an electrical contractor, Wanda Harding TF ’16 decided to float her résumé.

When it landed in the right hands at NASA, Ms. Harding left her native Atlanta for a three-to-five-year stint in Florida—or so she thought.

“It was so unique and different,” says Ms. Harding. “The challenges kept coming and I kept growing, and when I thought it would be a good opportunity to leave, a new challenge or opportunity would present itself.” As a result, her planned five years with NASA quickly turned into 20-plus years. 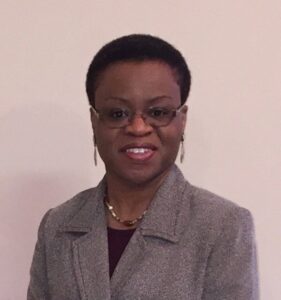 Shortly after Ms. Harding began her NASA career, she was presented with the opportunity to join the program responsible for launching satellites. “Once I got hooked into that,” says Ms. Harding, “being exposed to the science behind the various missions and the excitement and the thrill that comes with being able to see something get off the planet and knowing you had a part in it—it was attractive enough to keep me there.”

Ms. Harding would go on to work for both NASA and NOAA, serving as a systems engineer on the International Space Station program team and as Senior Mission Manager in the Launch Services Program at NASA/Kennedy Space Center.

As a mission manager and member of the NASA Launch Day management team, Ms. Harding was polled to provide a “go” for launch of the Mars Science Laboratory (MSL) Curiosity Rover, Demonstration of Autonomous Rendezvous Technology (DART), and the Gravity Probe-B missions.

But Ms. Harding always knew she would become a teacher. “My favorite professor as an undergrad at Hampton University was a retired IBM engineer,” she says. “I appreciated the way that he was able to bring some of his real-world experience to the classroom. The fact that he had been in industry added credibility to the lessons. I decided then that was the type of teacher I wanted to be. I wanted to walk into the classroom with more than just what I had gotten in college.”

Ms. Harding is now preparing to bring her varied experiences and deep content knowledge into the classroom as a WW Georgia Teaching Fellow. This summer, she will complete her master’s program at Piedmont College and her clinical placement at Cedar Shoals High School in Athens, Georgia.

Her ninth-grade students had two questions about her aerospace background: Why did you leave? Did you get paid more than teachers?

“To the first question,” recalls Ms. Harding, “I told them that I was ready to come and contribute to their success because they’re going to be the ones running things when I retire. And to the second, yes, absolutely, I made a lot more than teachers do. But at this stage, I think making an investment in them is worth it.”

Once in her own classroom, Ms. Harding hopes that her experiences will inspire students for whom math and science can be daunting, serving “as an entry point for them to go out and start exploring where their interests might lie.” Recent pop culture has been a help, too: “It is so exciting to have come out of NASA and then have Hidden Figures in the backdrop,” she says. “It has been a great boost and link for this generation of students.”

“When you look at all the advancements that we have made in the exploration of space,” says Ms. Harding, “it helps us appreciate and understand the universe that we live in. It highlights the fact that we know a lot but, it is also humbling to acknowledge we have a lot more to learn. That is what makes discovery so is important. We definitely need to inspire and motivate our next generation so that we don’t stop growing.  More importantly, we need to help them understand and accept the fact that we are counting on them to contribute not only to the STEM fields, but in service as we work to make life better for us all.”

This story appeared in the spring 2017 issue of Fellowship, the newsletter of the Woodrow Wilson Foundation.