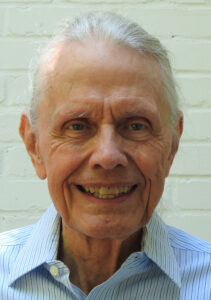 Dr. Richard Ault, a 1964 Woodrow Wilson Fellow, credits his Fellowship for launching his rewarding and atypical career in academia and corporate America.

When he heard about the Woodrow Wilson Fellowship, he was both excited about funding for his studies and its portability to the school of his choice, which was the California Institute of Technology.

He is grateful to the Institute for Citizens & Scholars for several reasons. His Fellowship enabled him to attend Caltech, which he could not otherwise afford. “This was long before schools had guaranteed financial aid policies. While Caltech provided aid, they liked students to attend for a year before awarding it.”

He also appreciates the flexibility the Fellowship selection committee had when considering his application, since “most Wilson Fellowships at that time were in the humanities.” Finally, the award brought him to the West Coast, where he met his wife, Ruth, who was an undergraduate at Pomona College.

Due to the poor job market for physicists after he graduated, he did a postdoc at the University of Utah, where his wife, after getting her Ph.D., landed an assistant professorship. There he also managed the computer network for the College of Science and got to work on ARPANET, a precursor to the Internet, whose telephone lines ran through the university. After Ruth became a professor at Davidson College, he was hired to run computing services for Queen’s University of Charlotte, where he also taught computer science. He then worked at Microsoft in a variety of software engineering roles until retirement.

Dr. Ault has supported Citizens & Scholars for 39 years and says it is important “to provide funding for the next generation of students, especially now given the amount they must borrow to go to school.” He feels his financial support is more critical than ever—since without fellowship support the nation’s citizens cannot pursue graduate study.