The Liberal Arts for All 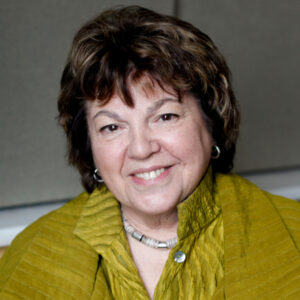 The move from leading a higher education institution to leading a nonprofit was not so great a leap, says Judith R. Shapiro WF H ’63. “It’s so connected to what my whole life’s work has been about”—liberal arts education.

As president of Barnard College from 1994 to 2008, Dr. Shapiro brought about innovations to the curriculum and increased the number of applicants, making Barnard the most selective women’s college in the country. She worked to increase alumnae giving and more than doubled the school’s endowment. She also oversaw major building and restoration projects on the historic campus.

On retiring from the Barnard presidency, Dr. Shapiro intended to refocus on teaching and philanthropy. When the Teagle Foundation, of which she was a trustee, approached her about leading the organization as president, she said no, but did agree to chair the search committee. Then—in spite of herself—she became Teagle’s president in July 2013, drawn to its mission of supporting and strengthening liberal arts education through initiatives that drive innovation in curriculum, pedagogy, and assessment.

As a small and nimble grantmaker—it has only five staff members—Teagle has considerable flexibility in its operations and interactions with the organizations it funds. “We have very close relationships with our grantees,” says Dr. Shapiro. “We see them as colleagues.” Teagle sees itself as a learning foundation, and regularly holds gatherings where grantees and higher education leaders can exchange ideas and help shape initiatives.

Another benefit of the organization’s size, says Dr. Shapiro, is its ability to stay committed to quality as organizations of all sizes try to tackle the challenges facing education. Teagle can work to support the success of a relatively small project and then partner with a larger foundation to scale the project up. “We do want large foundations to commit their generous resources,” she notes. “But we also want to play a part in seeing that scale is accompanied by quality.

As a small organization concerned with many problems facing American education, the Teagle Foundation seeks to leverage its resources and expertise to address larger looming issues. One current initiative looks to bridge the gap between traditional liberal arts fields and the professional and vocational fields. “Trying to say, ‘Well, liberal arts are for some and vocations or professions are for others’ is very noxious, very harmful,” says Dr. Shapiro. “How can we make links between the kinds of courses students would take in the liberal arts and, say, in an engineering school? It goes in both directions. There are things that are raised in professional schools—whether they’re law, business, engineering, nursing, whatever—that might be of interest to incorporate into some liberal arts courses. So what we’re trying to do is transcend too much of a divide.”

Another pressing need Dr. Shapiro hopes to address through the Teagle Foundation’s work is that of civic education. “There is a level of sheer ignorance about our system of government, about our institutions and why we value them,” she says. “How can we contribute to addressing this civic education deficit in in the most effective way? Teagle’s focus will be on the curriculum itself.”

In July, Dr. Shapiro will step down at Teagle, as Andrew Delbanco of Columbia University takes on the presidency. She remains committed, however, to improving education and will continue to serve as an advisor and board member to various educational organizations, including the Association of American Colleges and Universities, Scholars at Risk, and University of the People. Dr. Shapiro served on the Woodrow Wilson Foundation’s National Advisory Council for more than a decade, from 1995 to 2007

With a career dedicated to providing and supporting quality education, Dr. Shapiro is also pleased with the work of the organization that awarded her an honorary Fellowship in 1963: “I am very happy to see Woodrow Wilson now addressing something that is key, and that is preparing teachers in our schools in our colleges,our and universities.”