Sweet Taste Of Liberty: A True Story Of Slavery And Restitution In America, By W. Caleb Mcdaniel Mn ‘01 (Oxford University Press). Winner Of The 2020 Pulitzer Prize In History 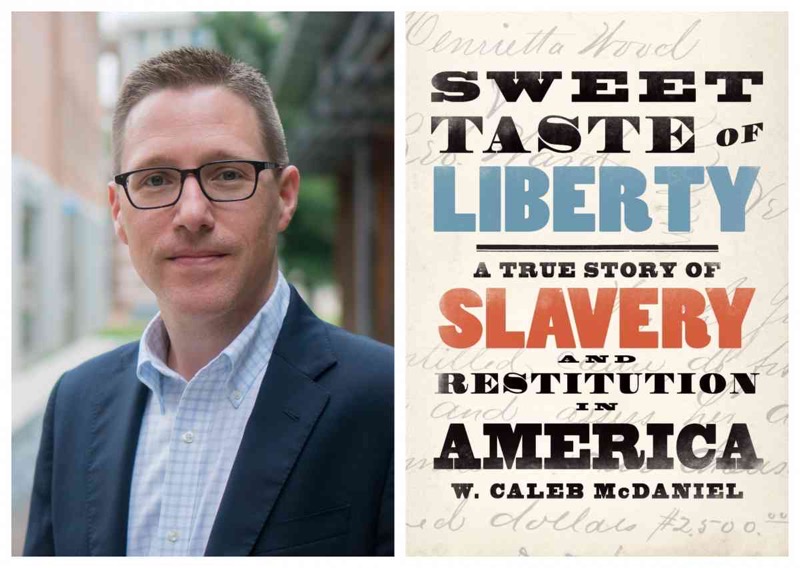 Henrietta Wood was legally freed from slavery, into which she was born, in 1848 in Cincinnati. Five years later, a deputy sheriff from Kentucky, Zebulon Ward, schemed with Wood’s employer to kidnap her and sell her back into slavery. She remained enslaved throughout the Civil War until she was freed for a second time in 1869.

In 1870 Wood went back to Cincinnati and sued Ward, who by that time had made a fortune pioneering convict leasing in the South, for damages. After eight years of litigation, against impossible odds, she won. Her payment of $2,500 is the largest known financial settlement from a United States court in restitution for slavery. It helped her son, Arthur H. Simms, go on to law school.

Sweet Taste of Liberty chronicles Henrietta’s unwavering fight for justice in the context of recent scholarly work on reparations and slavery. Dr. McDaniel draws connections between enslavement and the incarceration of black Americans, questioning what emancipation without restitution equals. The book’s Pulitzer Prize citation calls it “a masterfully researched meditation on reparations.”

Dr. McDaniel has also received the Avery O. Craven Award and was a finalist for the Gilder Lehrman Lincoln Prize for this book.