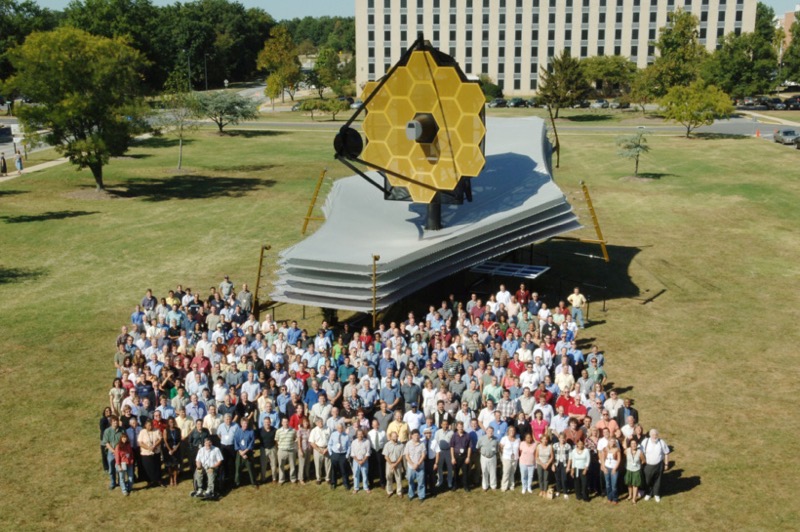 On Christmas day 2021, the James Webb Space Telescope launched from French Guiana. Webb builds on the success of technology like the Hubble Telescope to peer into never before seen reaches of the galaxy.

Citizens & Scholars spoke with Dr. Mather about his work on the project.

In 2012, C&S Fellow John C. Mather—Nobel Laureate in Physics and Senior Astrophysicist in the Observational Cosmology Laboratory at NASA’s Goddard Space Flight Center—talked with Fellowship about the James Webb Space Telescope (JWST), on which he is Senior Project Scientist. “I would think if we were really lucky,” he said “we’d find a planet a lot like Earth around a star a lot like the sun, and we’d be able to learn a lot about it.”

This year, NASA scientists and European colleagues identified seven planets orbiting the ultra-cool dwarf star TRAPPIST-1, just under 40 light-years from Earth. While they’re initially classed as terrestrial-type planets, it will take a much more sophisticated instrument—like the Webb Space Telescope, due to launch in October 2018—to see how Earth-like these planets really are. 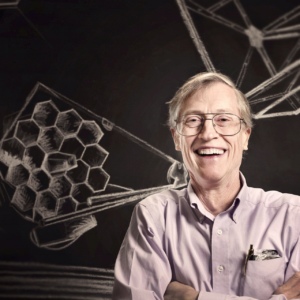 Dr. Mather points out that TRAPPIST-1 is not much like the sun, and its seven planets are probably not so similar to Earth. “They’re much more like satellites of Jupiter,” he observes. “Some of them are about the right size and temperature. They could have atmospheres, or they could be dry rocks, and they are a wonderful target for us. We’ll try something called transit spectroscopy, looking at the light of their star through their atmosphere, to find out more.”

This will be one of many tasks for the Webb Space Telescope. Where the Hubble, the best-known of NASA’s four current Great Observatories, makes observations in the near-ultraviolet, visible, and near-infrared ranges, the Webb can see into the mid-infrared, with more sensitivity to more distant light. “The main point of using an infrared telescope is to see things you could never see at shorter wavelengths,” Dr. Mather explains. But he is quick to emphasize that the Webb is an extension of Hubble, not a replacement for it.

In 2006, Dr. Mather shared the Nobel Prize with George Smoot for his work on NASA’s Cosmic Background Explorer (COBE), launched in 1989 to measure background radiation from the Big Bang. In his Nobel biography, however, Dr. Mather called the JWST his “major passion.” It’s a project to which he has devoted more than 21 years—“different work every day,” he adds.

The Webb team, he says, is “just beginning to settle on what we’re going to look at. We still want to look at the first events that happened after the Big Bang—light from the formation of stars and galaxies and black holes. We’ll also be able to look at stars being born today.” Exoplanets like those in the TRAPPIST-1 system will also remain on the agenda. “There are over 3,000 in the catalog of good possibilities,” Dr. Mather says.

And beyond the Webb? (“That in itself will be a huge accomplishment,” says Dr. Mather drily.) Already in the works, the Wide Field Infrared Survey Telescope (WFIRST), though smaller than JWST, can scan 100 times as much sky as the Hubble. There are also plans for even larger, more powerful telescopes that operate in light’s visible wavelengths, with adaptive optics—which adjusts for the atmosphere’s shimmer—to make ground-based telescopes more accurate. “Assuming all the hardware works,” Dr. Mather says, “we will have observatories everywhere.”

At a moment when new observatories and “startling” discoveries in quantum mechanics are giving rise not only to wider perspectives on the cosmos but to new understandings of time and space themselves, Dr. Mather is “campaigning a little bit” for a clearer public image of the origins of the universe. “The Big Bang is not a giant firecracker,” he says. “That’s what people picture, but it’s misleading. It’s an infinite universe expanding into itself, and there is no first moment. I want people to think more seriously about this instead of arguing about whether the theory of a Big Bang is correct.”

Overall, observing the universe remains an essential human need, Dr. Mather notes. “Just in general, the job of science is to discover truth—the truthful evidence of how the universe works, evidence we can trust. We’ve noticed so much lately about how we can be confused or deceived, as on the Internet. The Webb is primarily pure scientific value—giving us evidence to explore questions like ‘Where did we come from?’ and ‘Are we alone in the universe?’”

He points out that the Internet also provides amazing opportunities for education, including ways to get the public—and young people—engaged in science. “I heard recently about a young woman in a high school that didn’t teach physics, so she taught herself online. Growing up in a remote location with ‘only’ an internet connection means you can teach yourself. So young people clearly have opportunities they never had before.”

Dr. Mather was a Woodrow Wilson Fellow in 1968.